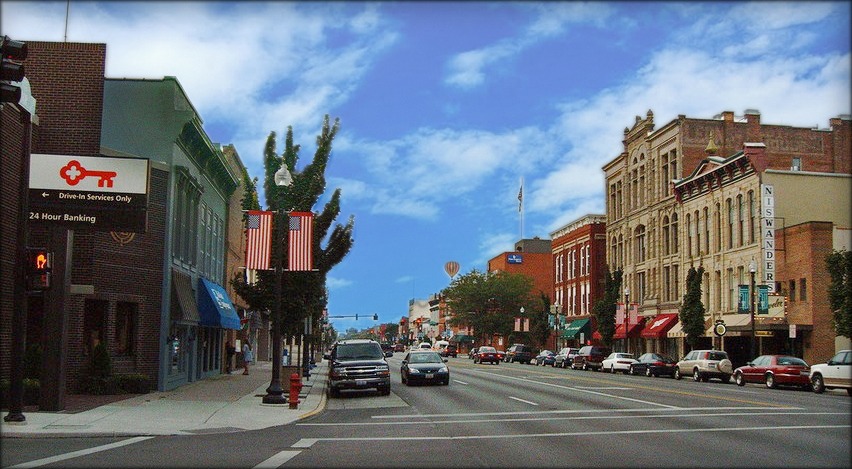 A 2018 article in the online magazine Curbed entitled “Jobs and Businesses in Rural U.S. May Find Catalyst in “Micropolitan” Cities,” tells the story of Findlay, Ohio and touts their successful revitalization strategy as a model for other rural, midwestern cities. The author, Patrick Sisson, remarks that while while many rural areas are facing “huge social shifts, like aging populations, declining manufacturing activity, and the clustering of tech and service jobs in cities”, some rural “micropolitan” cities like Findlay are showing that success is possible even against this national backdrop. The key to this success is good planning and strategic investment and Craig Gossman is pleased to have been involved in this effort since 2000 when he assisted the City with the Findlay Redevelopment Action Plan. That plan reinforced downtown as the civic and cultural heart of the city and sought to reposition downtown by creating three distinctive downtown districts including the River District, Civic District and Gaslight District. The strategic carving of downtown into districts provided Findlay government, corporate and civic leaders with the opportunity to focus their public and private improvement efforts. Sisson’s article quotes researcher Ross DeVol as saying “the real long-term play for micro metros is investing in business development.” Findlay has certainly done that by recognizing the role key employers and entrepreneurship will have in the future of the City. In fact, it could be argued that Marathon Oil’s decision to double down on Findlay and expand their headquarters campus was a direct result of the City’s commitment to their growth and expansion.